By Rachel on May 27, 2015 in Entrepreneurship, Featured, Personal, Writing for Business 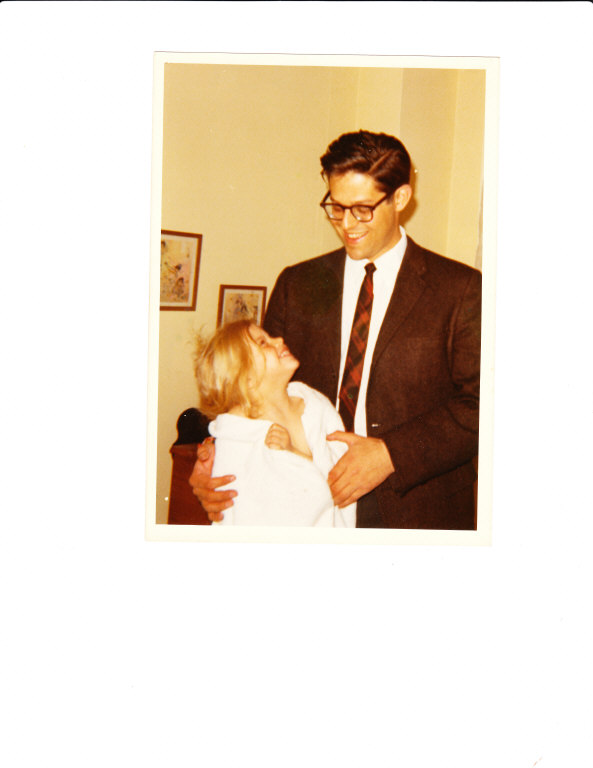 “Creating a relationship with the daughter I abandoned is the most meaningful thing I’ve done in my life.”

The brightly lit lecture hall falls silent. You can cut through the air with a kitchen knife.

This man — let’s call him Adam to preserve anonymity — stands at the microphone before a crowd of his classmates. Our classmates.

Love shimmers through his voice, illuminates his face. You can feel the crowd shift, and sigh. Adam’s real talk, his confession and then his redemption — loosens something in everyone listening.

We are here for a Yale College reunion, decades since this daughter was born, and before, when we were dewy-eyed freshmen.

I sit on the stage at the front. Today I am drawing forth others’s stories.

When Adam told about traveling the world right after college, about meeting the woman in a foreign land — then getting the news she was pregnant — we all leaned in. When he shared that he did return for the daughter’s birth, and showed up for this woman even though he did not speak her native tongue — but then went back to the States. To work. To begin his life. We gasped.

He told us he didn’t speak of his daughter.
Nobody knew.
He didn’t call her.
He didn’t write her letters.
She was his secret.

Until he met a woman he knew would be his wife.
He told her.
She told him, that it was time to create a relationship with this daughter. His daughter.
Or there would be no more him and her.

Before the applause dies down, before I wave the next storyteller, truth speaker, to the mic — I wipe my eyes. It’s not my time to tell stories.

But when, after, a small group of people ask me what my story is — I pause. I riffle through the many stories I’ve told, and published. And I decide on the spot to tell them a new story. One that’s sprouting up, inspired by Adam’s.

“Today is my father’s birthday,” I begin. “I haven’t spoken to him in years.”

My classmates lean in.

“So when Adam told his story, I thought of him. I remembered how we walked through the streets of New York when I was a little kid, and I had to run to catch up. How I stepped through steam rising mysteriously from manholes, leaped over cracks in the sidewalks, sidestepped greasy wrappers — never losing sight of my father’s back. How I saw my father, then, as a fast-walking smooth-talking long-strided God.”

Or maybe I didn’t say it like that. I felt it though. What I did say was this:

“I wrote Love Junkie and I knew I might lose him. I felt it. Even though he said, ‘Write the truth.’ I knew I had to be prepared to lose him, and others — in service of telling the truth. So I could reach the women, the men, who needed to hear my story. Raw. No holding back. So I did. And I lost him.”

The group was quiet. Maybe they regretted asking me. Maybe not. One woman’s eyes glistened. Later she came up to me, and told me — in the midst of the reunion — her story, about her father. You could see the heaviness lift, drift — and the lightness underneath. You could watch her eyes go from cloudy to clear. Her spine straighten, her face brighten.

This is why I write.

This is for all of you out there who never got to be Daddy’s Girl. And for you who did, too. It’s for all the fathers. The daughters. Let’s step into our own power, and shine the way we are meant to.

Some of you have been following the 30-Day Emotional Fitness Challenge I’ve been posting daily on Instagram, Twitter and Facebook. If not, feel free to check it out. See if it inspires!

One of the posts, Day 23, I attended a mind-blowing lecture by Marc Brackett about Emotional Intelligence. What he shared dovetailed with so much of what I’d been experiencing in the Challenge, and reading about. Lots more to share on this. For now — let me give you one simple and telling exercise so you can begin to explore and tune up your own Emotional Intelligence:

DESCRIBE YOUR MOOD, RIGHT NOW, IN ONE WORD!

Did you do it?

Did you stumble? Did you come up with dozens of words and were unable to choose? Did you land on one? Did you struggle to find the words?

Congratulations! You are now more aware of how we need to build our vocabulary around emotion the way we do for so many other topics. The more precise and expressive we can be about our emotions, the more self aware — the more effective business people — and humans! — we can be.

Let me know your thoughts. Your experience. Feelings! And how this all relates to your business. Your speaking, writing, coaching — or anything else.

What’s Scarier Than Hillbillies On Ice?
Sit Up Straight! How To Align Your Story Spine to Win At Business